Winding Reels for Thread and Floss 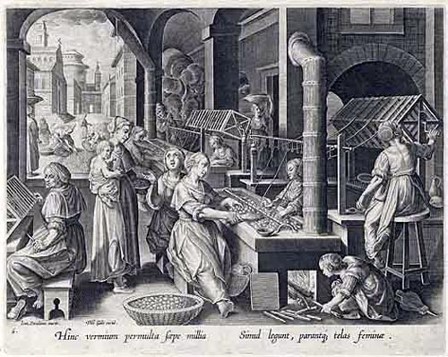 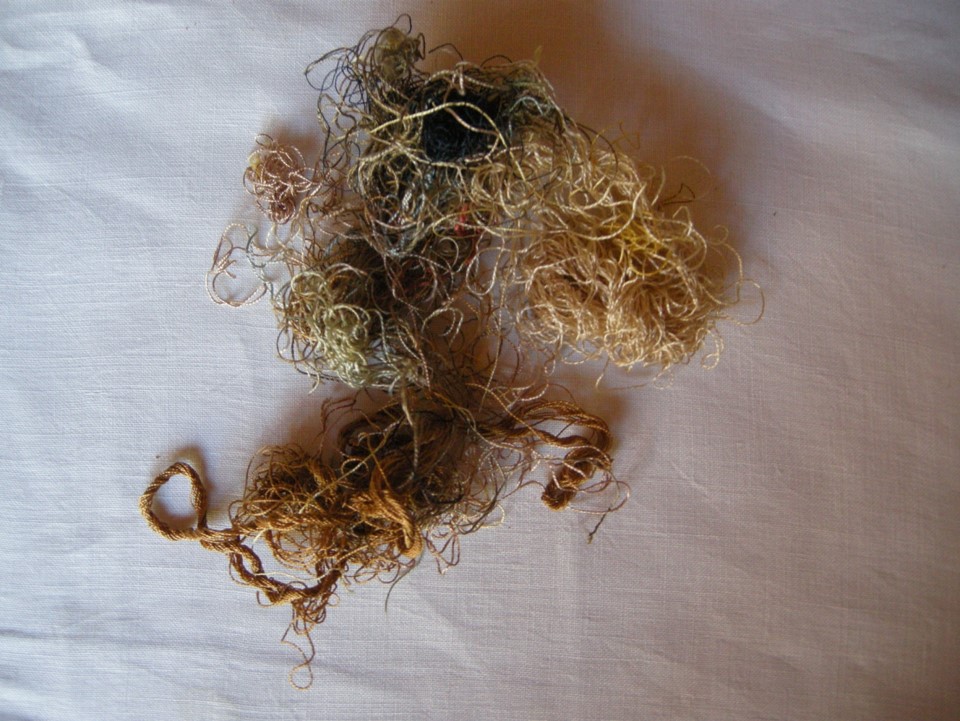 Machine winding of balls of thread or machine-wound spools was invented in the early 19th century.  Before that time, thread was sold by weight or as skeins.

So, what did needlewomen do before that to keep their thread (and yarn) ready to use. 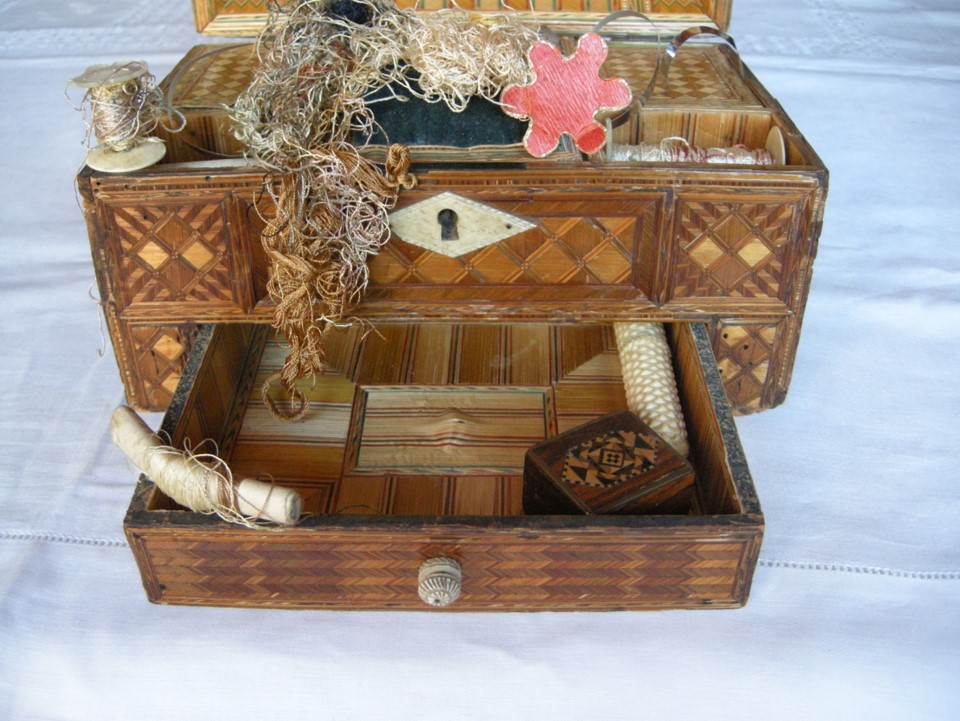 Contents include the tangled skeins of thread, a ill-wound spool of thread, cardboard and rolled paper winders of thread 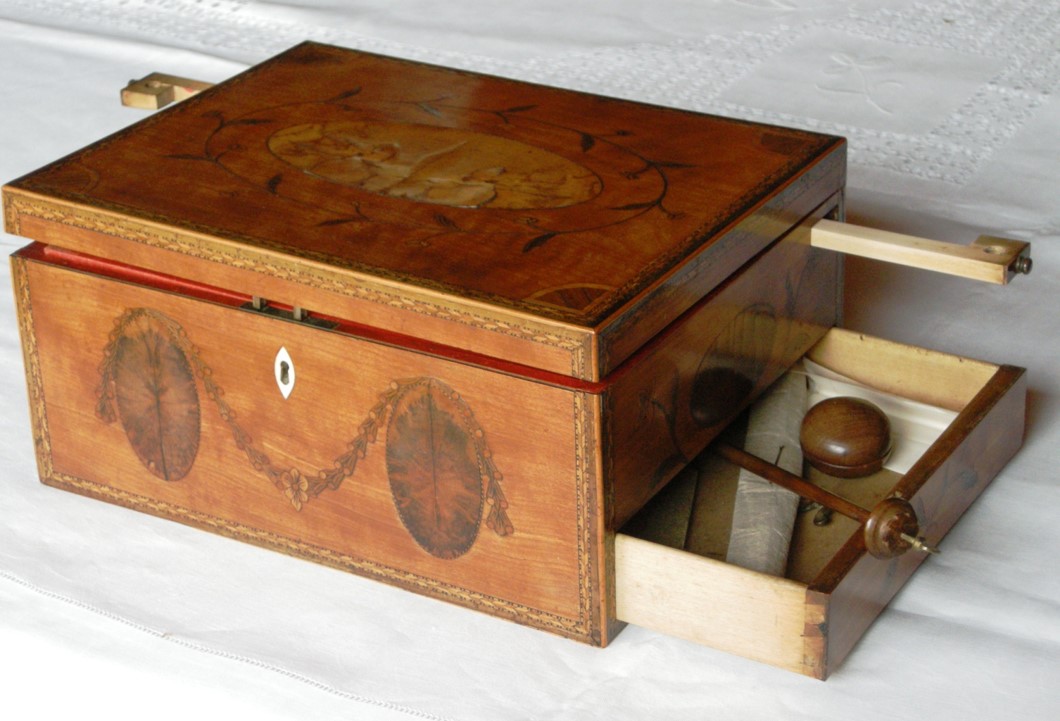 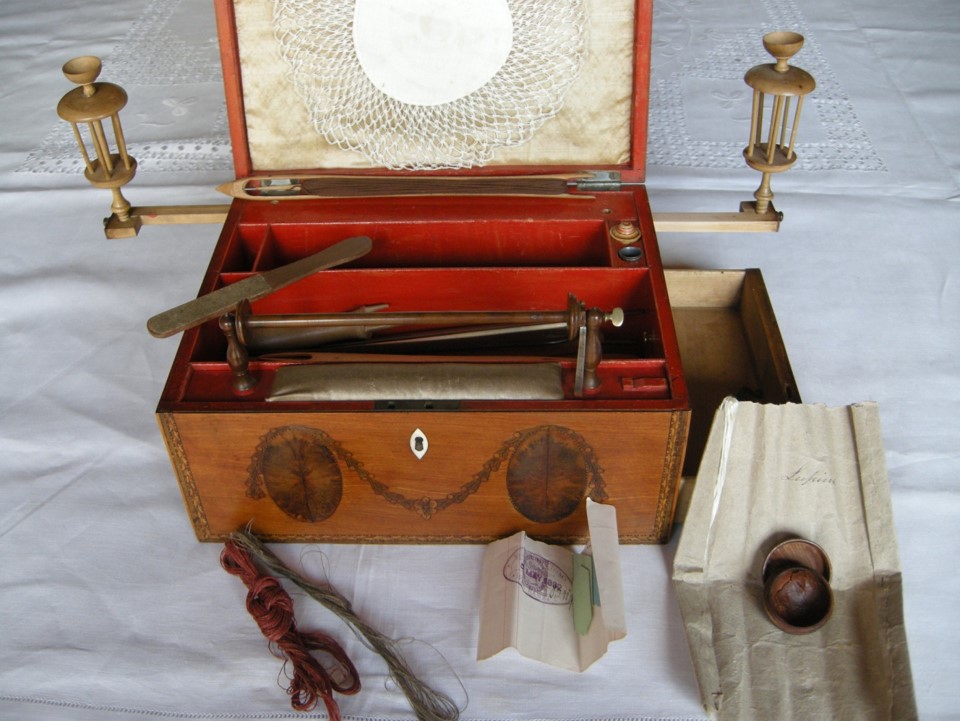 Two winding reels to fit in the slide-out stands

A netting reel which fits into the body of the box

Included, a folded paper holding a skein of embroidery or crewel work thread – rather coarse

A wooden oval box with dried up wax

A separate staff or reel for winding up netting 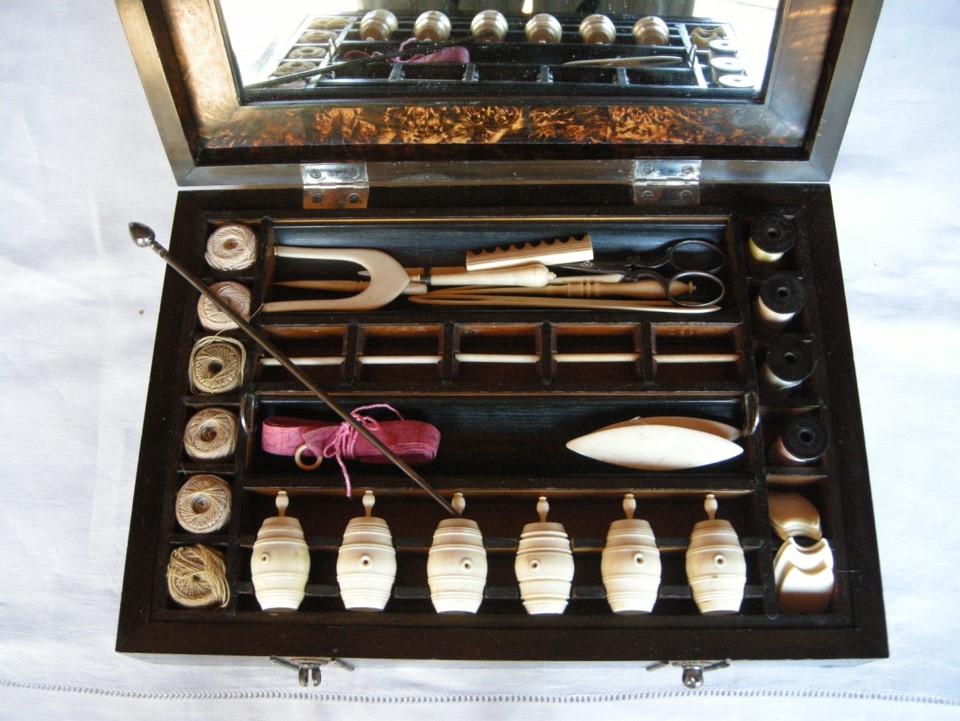 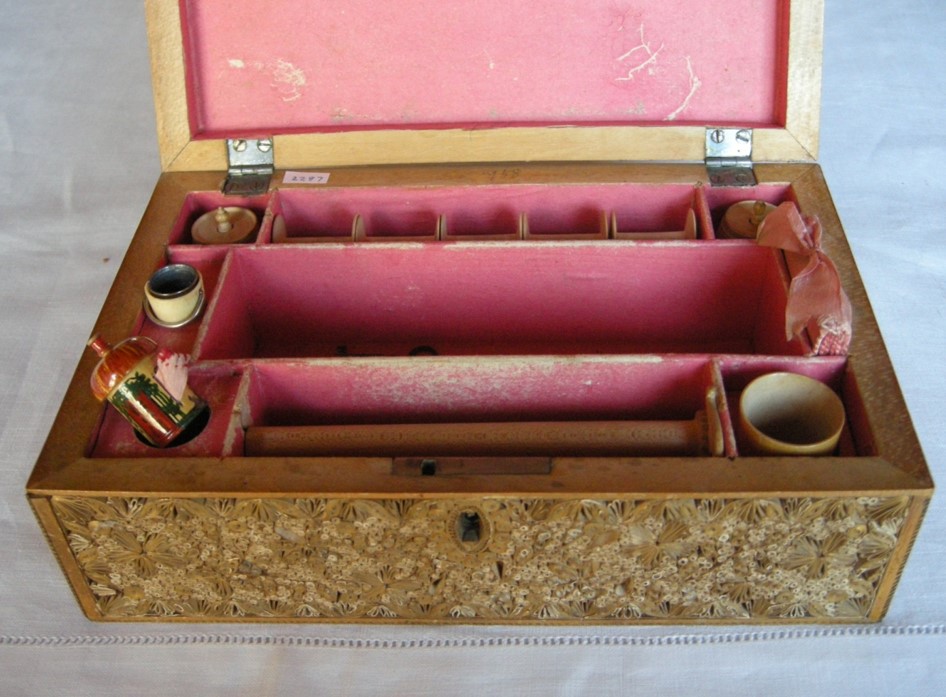 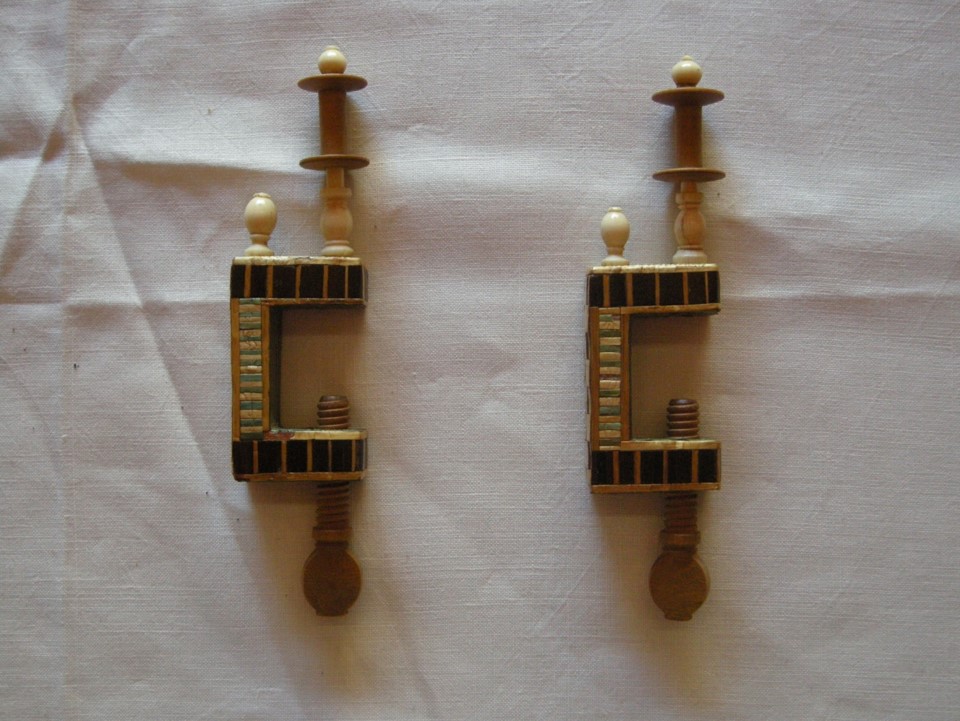 CC 2384  (Phillips Dec 1998 catalogue says mid-19th century, split straw work, boxwood and ivory.  I bought from Bunny Gorfinkle as part of the dispersal of the Ruth Mann collection – so Ruth must have bought them at the Phillips auction. 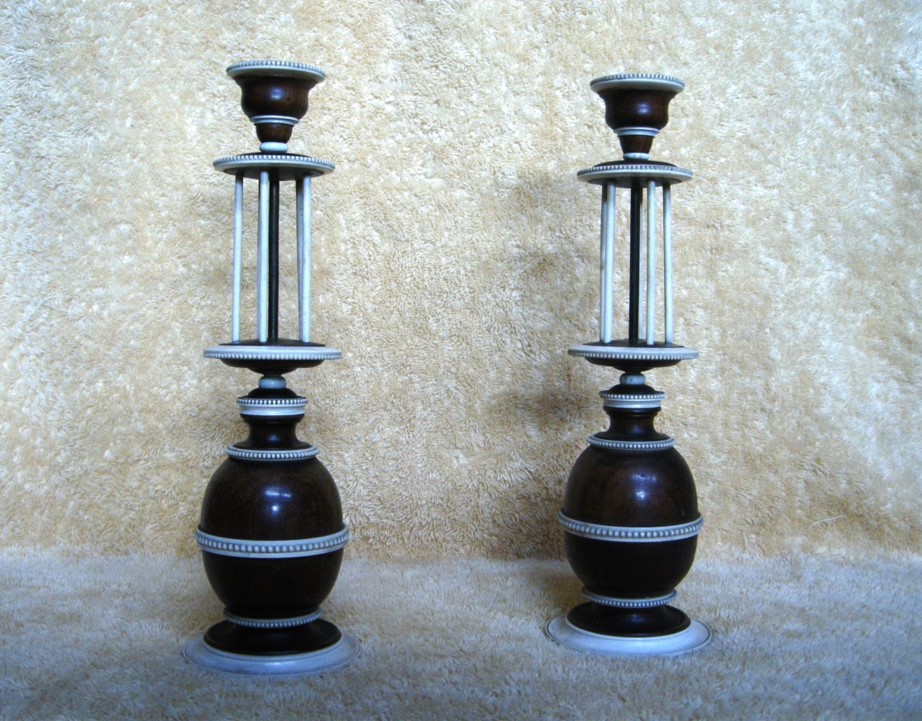 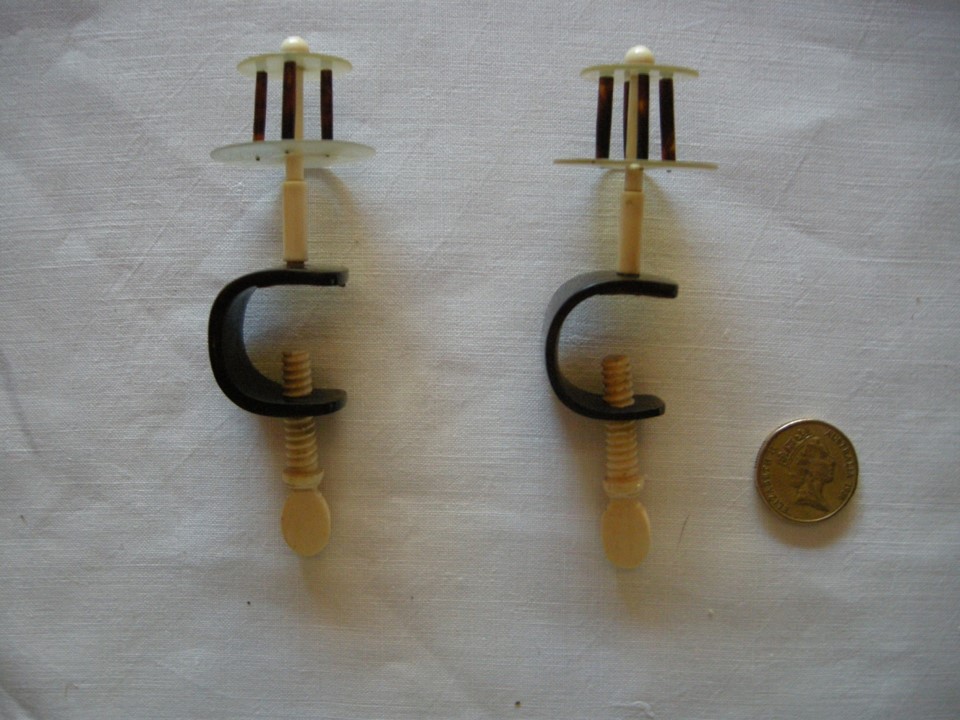 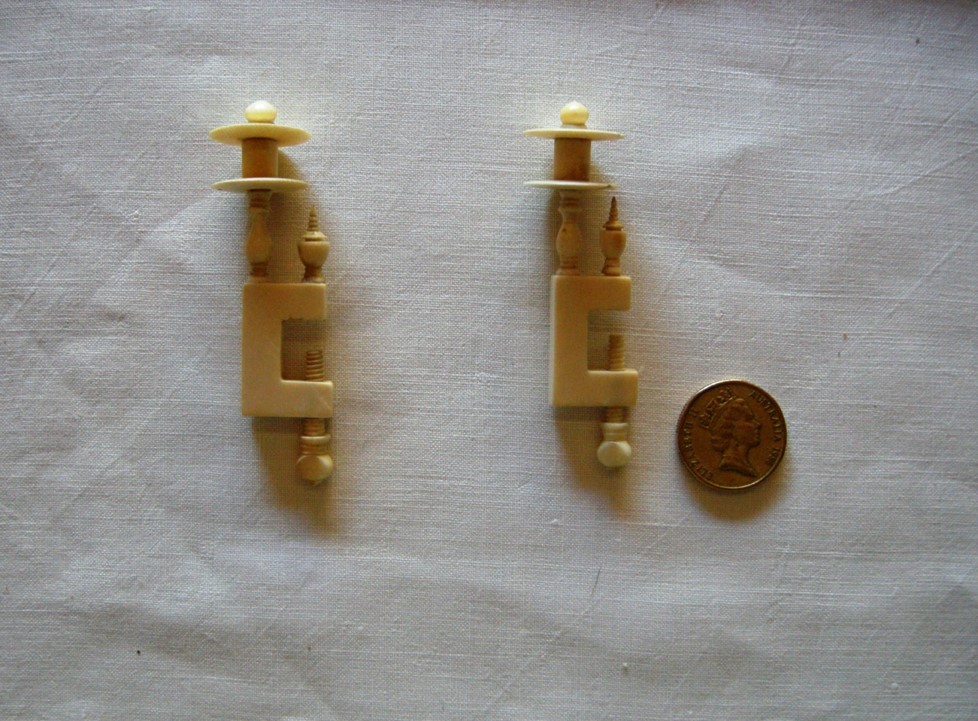 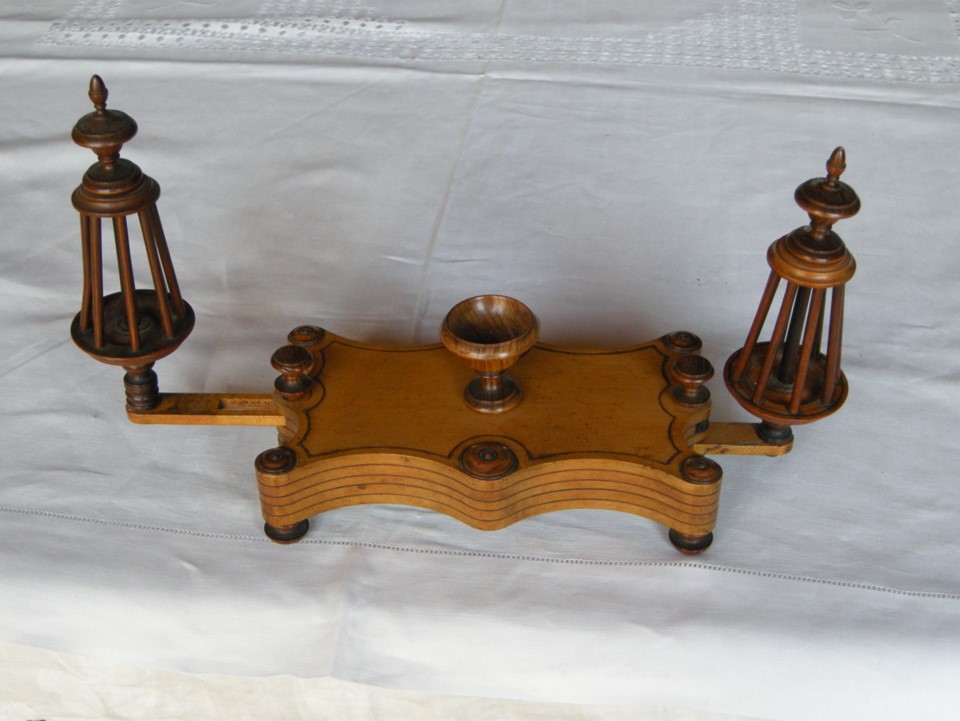 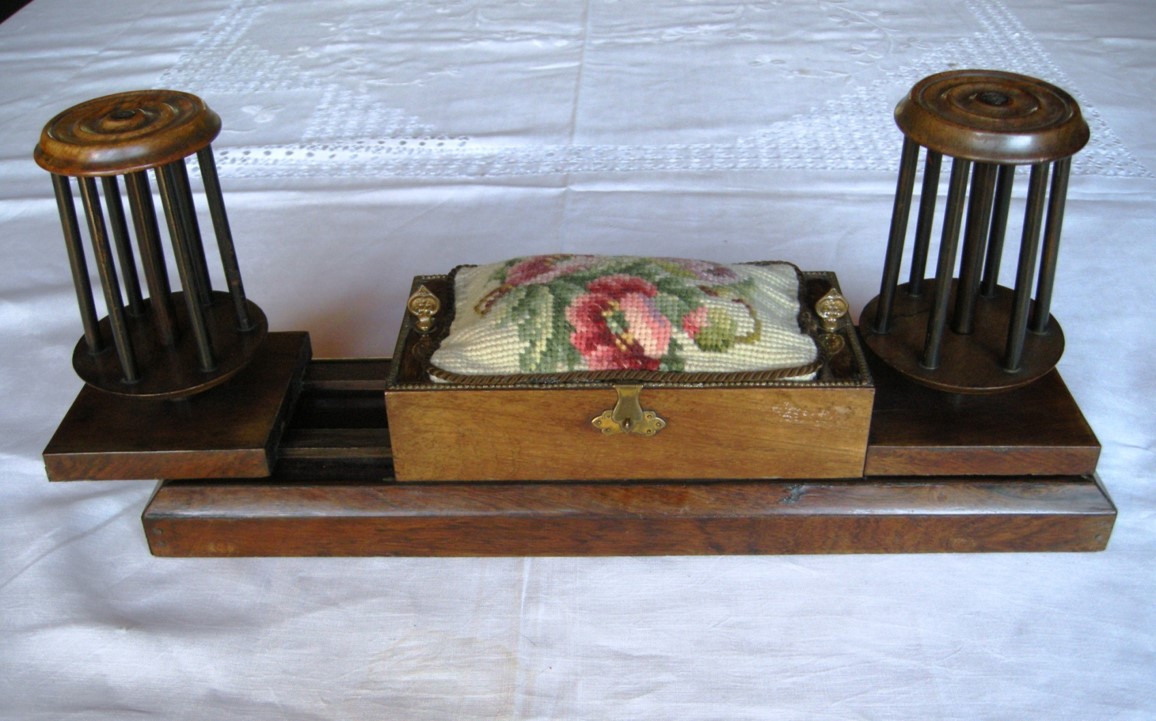 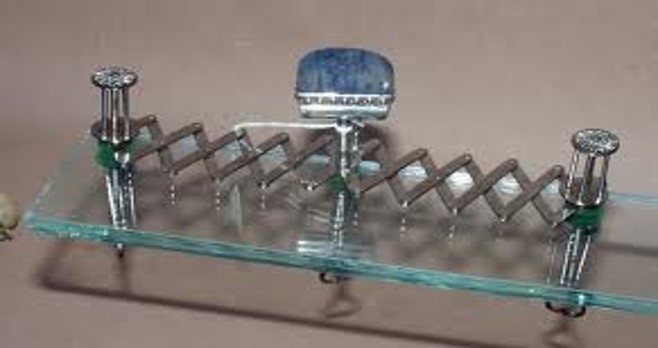 Stole this from the internet.

Susan – suffering for her passion 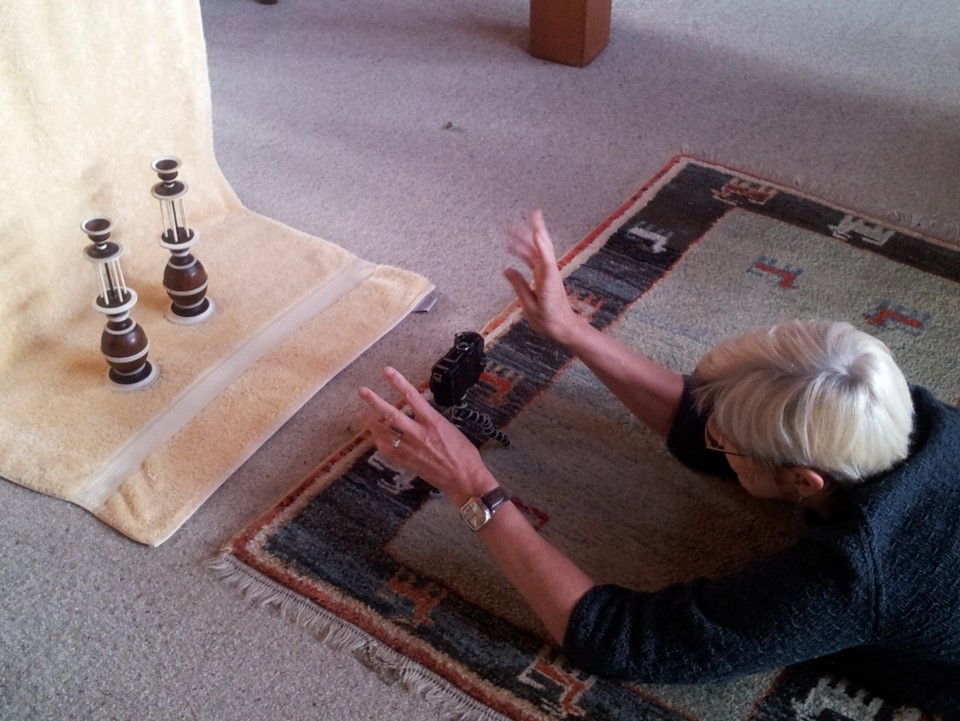 Just wanted to show how hard it is to get decent photographs.